Janet Sever Hull grew up in Elkhart, Indiana and is a graduate of Purdue University in West Lafayette, Indiana.  She’s been writing since the age of 16 and is the author of many stories.  After living and raising her family in Kalamazoo, Michigan for 20 years, she moved to Texas where she lives with her husband, Jeff.  Together they have four adult children, two grandsons, and one granddaughter.

Her first book, “The Button Box” was published in 2014 and her second book, “Which Came First?” was published in April of 2016.  Both books are based on true stories from the author’s life.  The illustrations in the books are done in acrylic paints by Grapevine, Texas artist and illustrator, Vicki Killion Guess.

In November of 2016, The Button Box was named a finalist in the national Best Book Awards, and Which Came First? was chosen the 2017 Best Children’s Book at the North Texas Book Festival.

Janet has been a member of the Society of Children’s Book Authors & Illustrators since 2009.  Recently, Janet was honored to be the “Featured Author” along with “Featured Illustrator, Vicki Killion Guess, at the 2018 North Texas Book Festival on April 7th in Denton, Texas.

In 2019, Janet released her first eBook on Amazon for adults called “Coffee Without A Cup.”  It was a story she wrote originally after the death of her beloved grandfather. During this time, she was also caring for her aging parents and did not have much time or energy for writing. It wasn’t until the Covid-19 pandemic in 2020 that she was able to spend more time writing.

One early morning in October 2020 she was working on the story of “The Christmas Church” when the story of “The Halloween Scare” began to develop in her mind. As she waited for her coffee to brew, she was looking at all of the Halloween decorations in her home and wondering what would scare all of the spooky stars of Halloween who normally scare everyone else. She wrote “The Halloween Scare” very quickly in less than an hour and sent it to her illustrator.  Vicki loved the story and said she would illustrate it before “The Christmas Church.”

That gave Janet more time to spend on “The Christmas Church” at the end of 2020 and during most of 2021. While it is a fictional story, Janet was able to weave some true facts from her family history into the book. The night spent together with her grandmother in the third-floor attic really did happen when she was ten years old. It’s a memory she treasures to this very day. 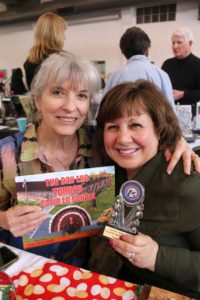 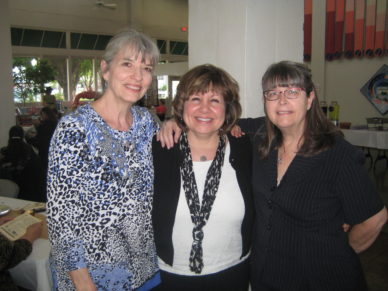 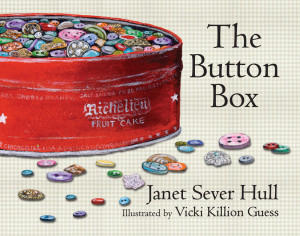 From the author:  In 1999, I wrote a story about an experience from my childhood called “The Button Box”.  A couple of years later, I entered my story in the Kalamazoo Gazette Community Literary Contest in Kalamazoo, Michigan, where I lived at the time.  My story won first place in the “adult memoir” category and was printed in the Kalamazoo Gazette on Christmas Day of 2001.

It was a wonderful honor and I was delighted that the selection committee liked my story so much.  But what came after that still amazes and humbles me to this day.  For four years after my story appeared in the local paper, people wrote to me and told me how much my story meant to them and how it had touched them.

Many people said they had kept my story or had sent it to other family and friends out of town to read.  Everyone who wrote told me about their own family’s button box and the treasured memories they had of spending time looking through the button box with their mother or grandmother.    A number of people encouraged me to turn my story into a book.  I’m hopeful that the story will again be meaningful to all who read it. 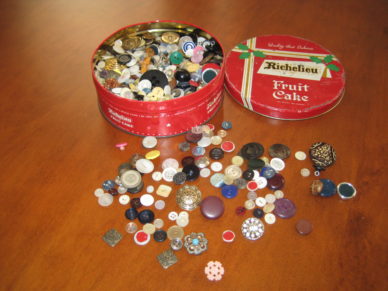 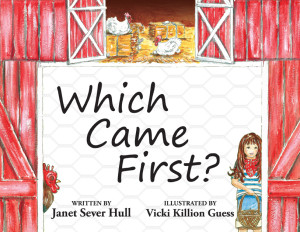 In November of 2001, my much loved maternal grandmother died at the age of 87.  That same month, I wrote the story of my second book, “Which Came First?” in tribute to her.  She was a farm woman who loved being outside with her plants and animals and especially with her grandchildren.

Her farm was a magical place for children.  The barn was full of animals and chickens, ducks, peacocks and a very large turkey had the run of the farm, there was an apple orchard where one could climb a tree and eat apple after apple while perched on a branch, a giant vegetable garden with a strawberry patch on one end, flowers to smell and to help plant, a old fashioned clothesline that doubled as a tent holder, a hayloft where one could get lost in a book, and a horseshoe pit for games when the work was all done for the day!

Like my brothers and cousins, I loved going to grandma’s farm.  “Which Came First?” is a story about an experience I had one day on the farm when my grandmother taught me about facing my fears and not giving up even though I felt like a “chicken liver”.  The book is dedicated to her…Pearl Ritchie Barrett Wood…and I believe that somewhere, somehow she knows and is smiling about it. 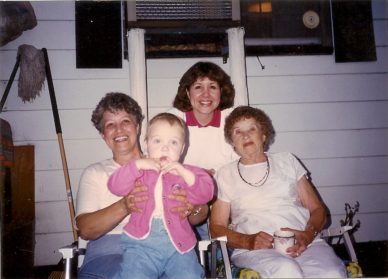 Like my other books, “The Day The Turkey Came To School” is based on something that really happened. One November day when I was driving my daughter, Anna, to elementary school, there was a line of cars in the school drive that spilled out onto the street. No one knew what was causing the jam until we got closer and saw the turkey!  The first part of the book is true and even the name of Anna’s elementary school (Angling Road Elementary) in Portage, Michigan is the same. The second part of the story is fictional and I based the heroine of the story, Miss Thompson, on my daughter-in-law, Paige Thompson Sever, who really is a teacher!

I wrote this story because I remembered how this unlikely event made everyone stop from rushing though their busy morning and laugh and visit with one another. It’s my belief that we need to appreciate the people in our lives and sometimes fate demands that we do so!

The 2020 COVID-19 pandemic and the resulting isolation for all of us, inspired my book, “The Christmas Church.” I wanted to write a story about the love we have for the people in our lives and the love we have for those who have touched our lives at one time but may not be with us any longer. Since we often think of loved ones far away and those who have already passed on, during the holiday season, I wrote it as a Christmas story. The actual Christmas Church has been in my family for many years. I do not know the real story of the church, but I had always heard it was handmade by my great-grandfather, George Parker. Usually, the creation of things of beauty are inspired by love so that became the basis for the story within the story in the book. You will notice that illustrator Vicki Killion Guess painted the button box from our first book in the attic illustrations of “The Christmas Church.” That is one of the many wonderful things that come from working with the same illustrator on multiple books!

In October of 2020, I awoke early one Saturday morning to work on “The Christmas Church.” As I waited for the coffee pot to finish brewing, I gazed around my kitchen and family room at the Halloween decorations that had adorned our home since our children were small. I began to wonder what might scare the spooky Halloween characters who usually do the scaring that time of year. A story idea popped into my head, so I grabbed my cup of coffee, sat down at my computer and wrote “The Halloween Scare” in about half an hour. “The Halloween Scare” is a fun look at Halloween and children are at the heart of the story.

I wrote the story of “The Christmas Church” in 2020 during the middle of the COVID-19 pandemic. So many of us lost loved ones and I wanted to write a story about the love people show us and leave with us in our lives. I wrote for a couple of hours in the early mornings before I left for my job at a wonderful senior retirement community. As my computer booted up each morning, I would pray for guidance to find the right words for this story. “The Christmas Church” is a grownup holiday story about family and memories and those who impact our lives with their love. It’s also the story of a family treasure that has been passed down through the generations. This book will make you think of those who have left an imprint on your heart. For “The Christmas Church”, I asked illustrator Vicki Guess if she could make the pictures look like memories. She painted the beautiful illustrations in watercolors and they are incredible. This book would be a wonderful gift for anyone you love!